"I got better stuff to do" 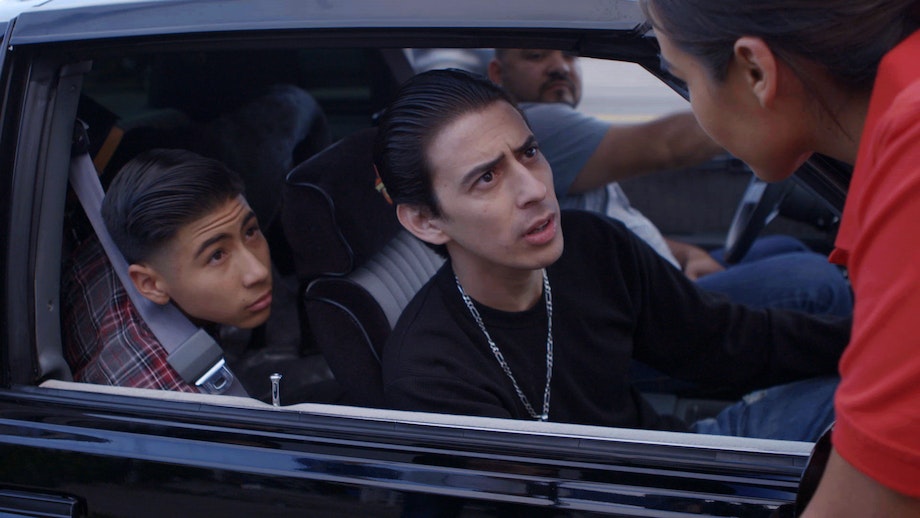 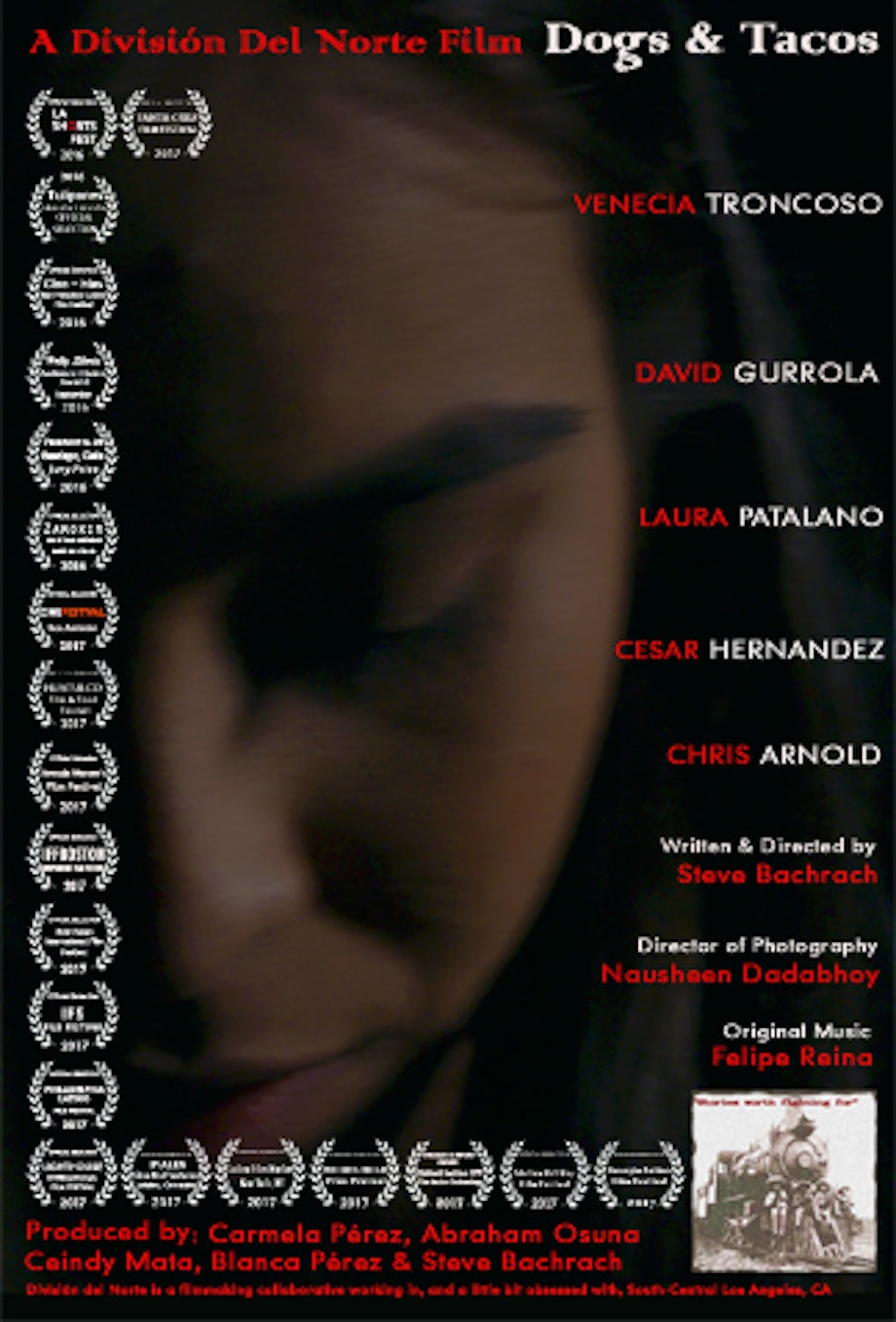 Dogs & Tacos is the first in a series of films set in South-Central Los Angeles and focused on the lives of young people. The film's "big sister", the feature-length "Pueblo Venenoso", is currently in development.

Nothing in South-Central Los Angeles can be taken for granted, especially when you're a teenager.

Alma Pantaleon (Venecia Troncoso) has just started her afternoon shift at a South-Central Los Angeles taquería. Her standard work plan (get through her shift with no complications, get a bit of homework done, and get home in time to check in on her younger siblings) hits a snag pretty much immediately, when her kid sister, Ruby, phones from school to tell her that their brother failed to show up to walk her home. Alma's ancient cell phone shuts down in mid-call and her efforts to re-start it prove fruitless. By the time a ganged-up ex-boyfriend drops his little brother in front of the restaurant, and speeds off with the police on his tail, her evening is well along the road to becoming an unmitigated disaster.

Shot entirely on the highly picturesque streets of South-Central Los Angeles in 5 action-packed days and nights.